Drone Photos Taken In Mid Air Will Have You Feeling Uneasy 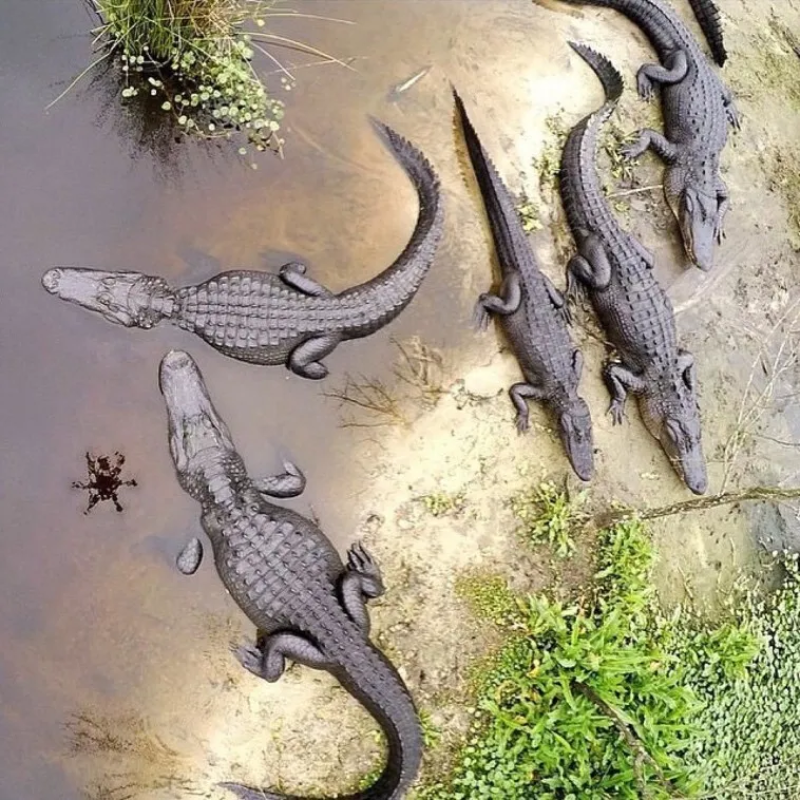 A Dangerous Shot
If there is ever a time when you’re worried about your drone batteries dying, it’s while you’re capturing footage directly above a bunch of sleeping alligators. Good luck getting that expensive piece of equipment back if it does! 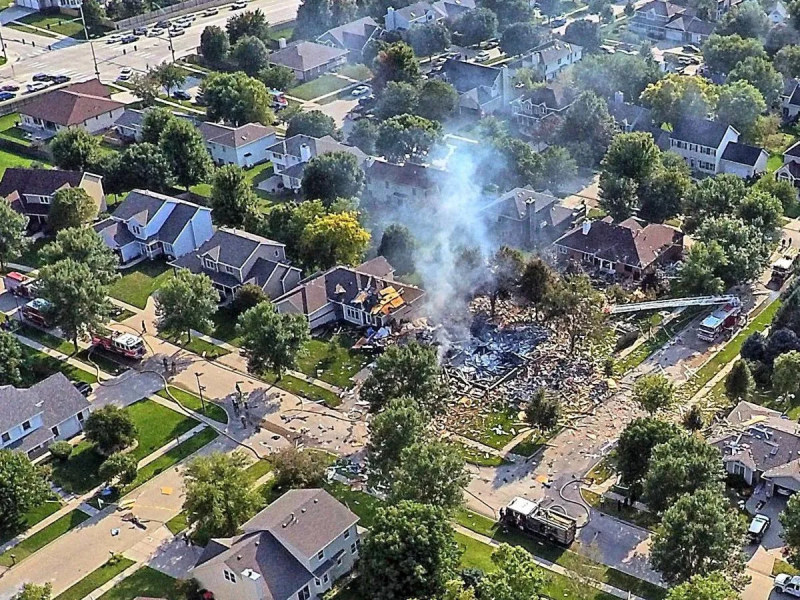 A Residential Explosion
Typically there isn’t much access to a scene like this once firefighters and police arrive on the scene and shut down the street. In this case, a neighbor who heard a nearby explosion took to the sky with their drone and caught the aftermath. The drone’s footage shows the remnants of a suburban house and debris scattered throughout the neighborhood. 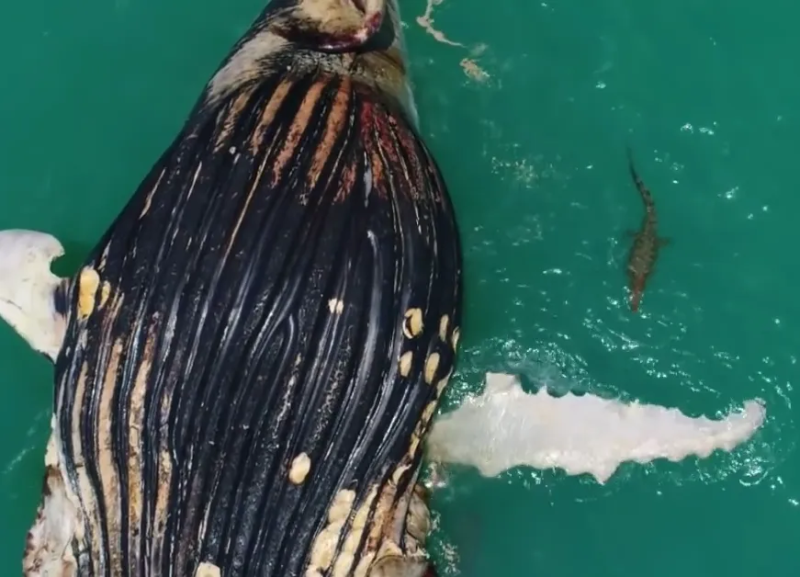 The Size Difference Between a Humpack Whale and a Crocodile
This rare drone footage was taken near Montgomery Reef in the Kimberley region of Western Australia, where a crocodile is seen swimming up to this humpback whale floating at sea. To put it in perspective, the humpback whale is roughly 50 feet long.

War's Path of Destruction
We don’t always understand the reality of war and the path of destruction it leaves in its wake. Curiosity brought this drone to Syria where we can see the magnitude of the conflict brought this city to its knees. We don’t recommend flying your drone in restricted and dangerous areas such as this, but at least we have a better idea of the aftermath now. 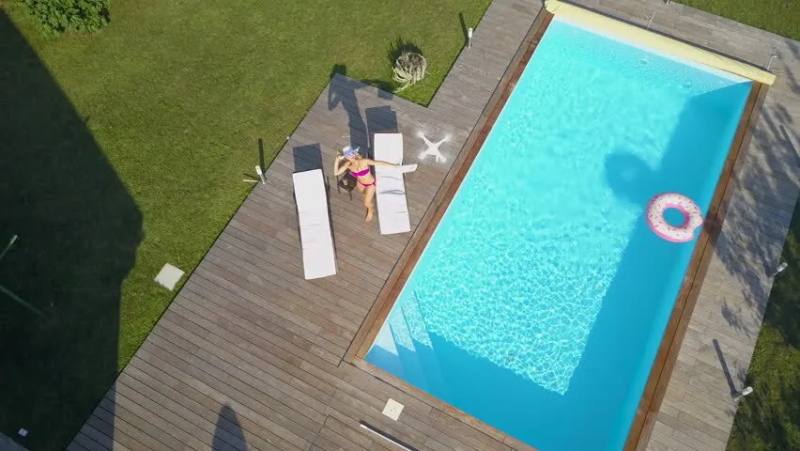 When Real Estate Footage Goes Wrong
Have you ever seen a random drone fly over your neighborhood and then stop to hover? Well, it can be a little nerve-racking when you’re trying to catch some sun out by your pool in a bikini when you spot it. This woman immediately sprung up and grabbed her pool skimmer to knock it out of the sky. 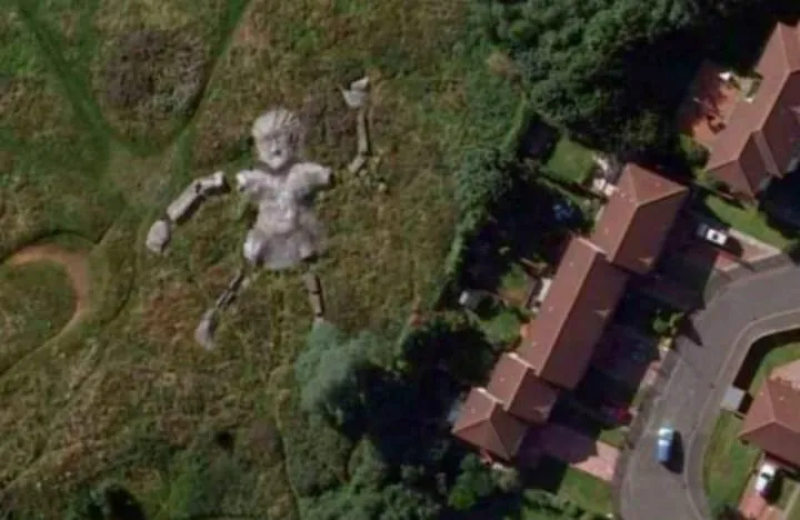 Discovering a Stone Giant
Drone footage discovered this unusual sight in a field behind what everyone thought was a very normal neighborhood. Located in Edinburgh, Scotland, the giant was created by a convicted murder and felon, Jimmy Boyle. It turns out that the statue was 100 feet long but later had to be removed from the area due to new construction plans. All that remains now is the giant’s foot. 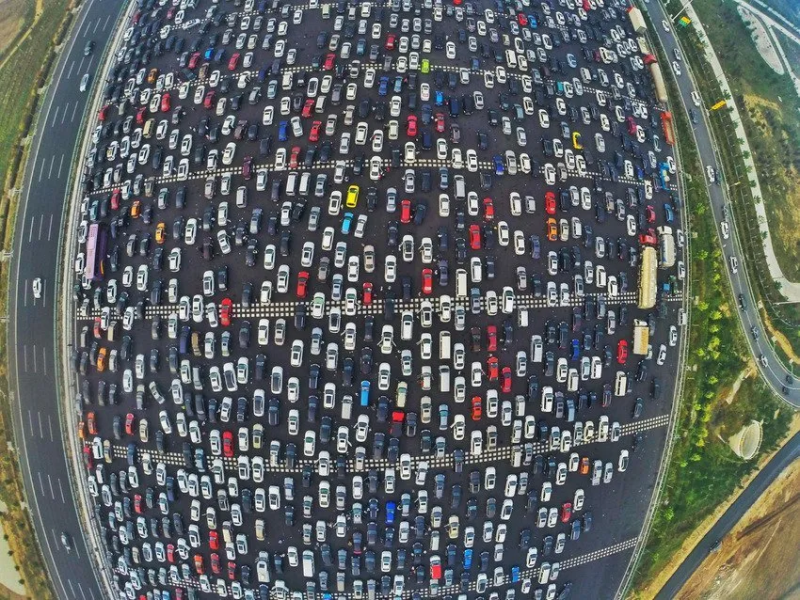 What Traffic Looks Like In China
China is one of the most populated countries with around 1.4 billion people. Needless to say, the place can get a little crowded. You thought you had it bad on your way to and from work. This is what China’s rush-hour looks like and it makes our commute look easy. The road that this drone captured. is the Beijing-Hong Kong-Macau Expressway, which has 50 total lanes! 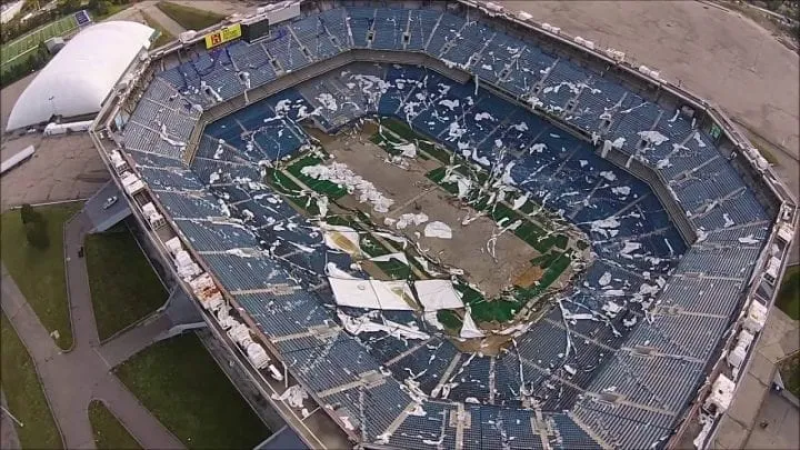 An Abandoned Stadium
Formally the home of the Detroit Lions, The Silverdome was once an iconic stadium having hosted everything from a Super Bowl to countless other major events. The Lions left in 2002 and plans to make something of the stadium never came to be, leaving the place in ruins and filled with trash. This drone shot captured this stadium in one of its worst moments. 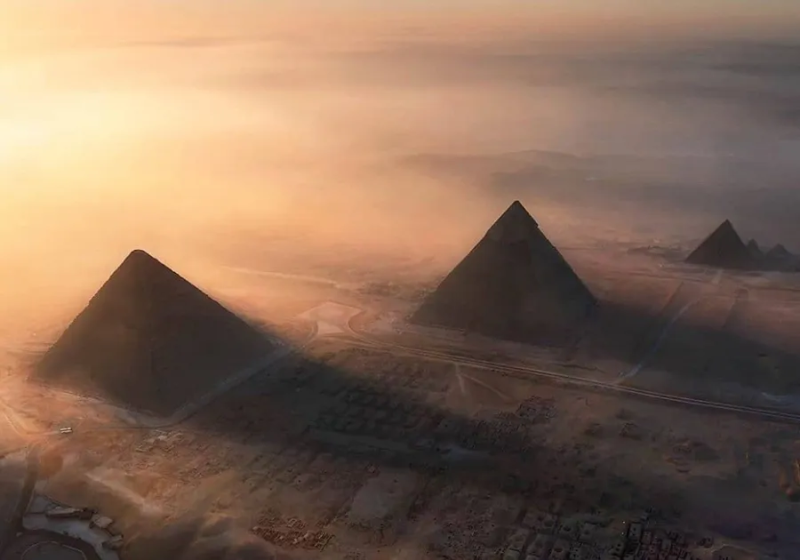 Pyramids of Giza
Also called the Giza Necropolis, the Giza Pyramid complex lies next to the city of Cairo, Egypt. The complex is composed of the Giza, Khafre, and Menkaure pyramids – all built during the Fourth Dynasty. What’s not captured here is the city that keeps enclosing on these ancient grounds. 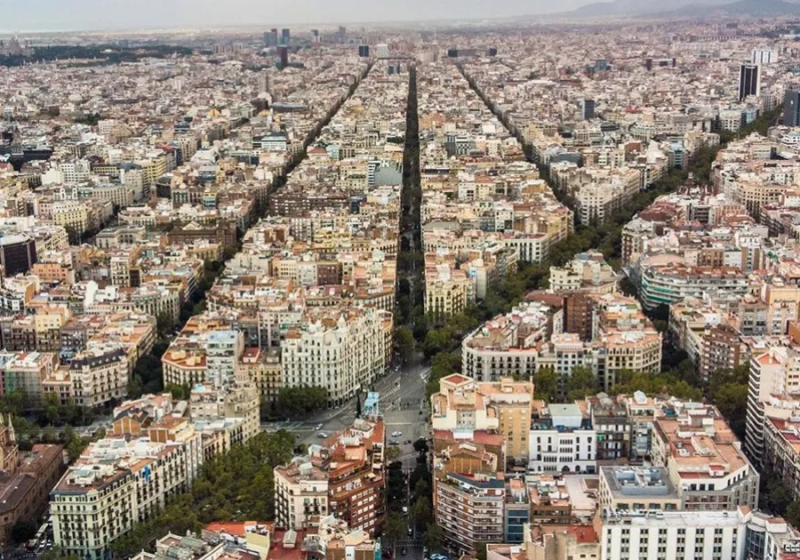 Barcelona, Spain
In 2009, Barcelona was ranked as one of the most successful city brands across the world. The Spanish city is a tremendous economic and cultural center, and quite recently, been named a leading European smart city. 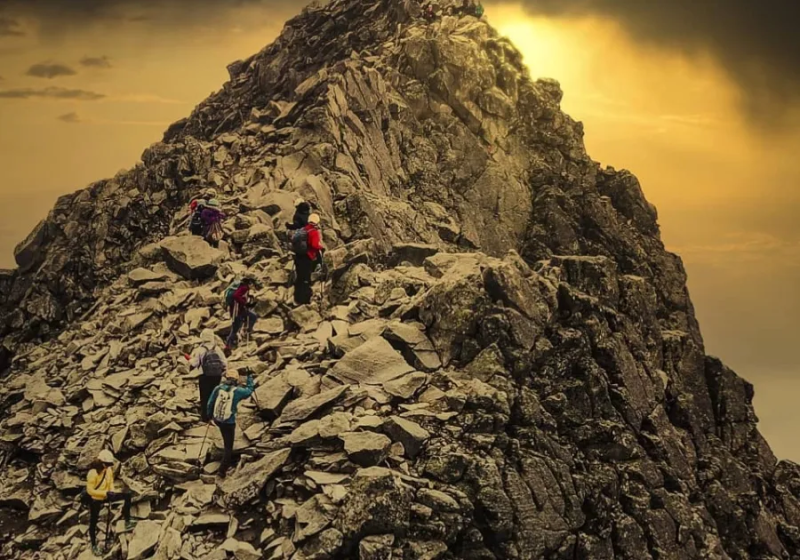 Way Up High
With a brightish-yellow background giving way to a rocky and unkept mountaintop, climbers in discernible hiking gear provide stark contrast to the environment all around them.The whole photo has an ethereal unreal quality to it, which makes it even more jarring to see humans present. 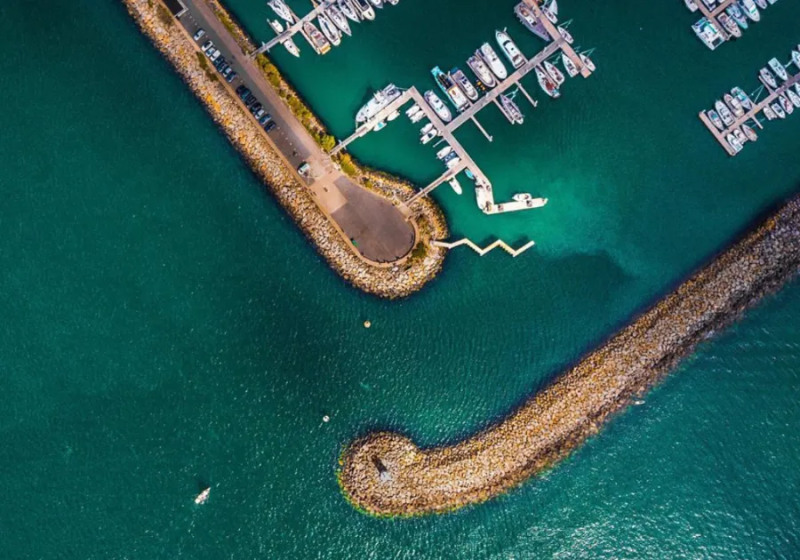 Pornichet, Pays De La Loire, France
The coastal commune of Pornichet in Western France is not far from Saint-Nazaire. Once a port in a salt-work channel, its harbors are now filled with boats and yachts of friends near and far. 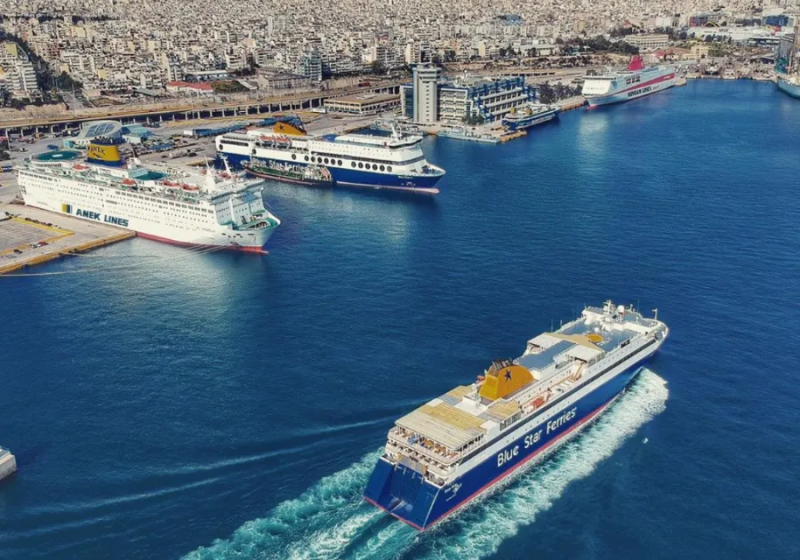 Piraeus, Greece
The several cruise liners give it away but Piraeus, Greece is a port city on the east coast of the Saronic Gulf. This city serves as the busiest passenger port in Europe, second in the world, serving over 20 million individuals and families every year. 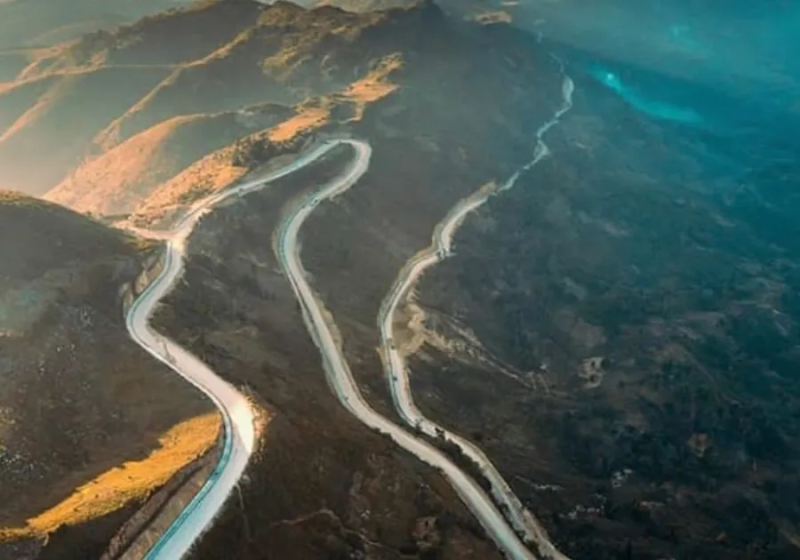 Morne Pilboro,Haiti
To the east of Jamaica and Cuba and south of The Bahamas, Haiti is home to more than 11 million people. Interestingly, Haiti is known for being the most mountainous country in the Caribbean. It’s not difficult to see why in this stunning photo… 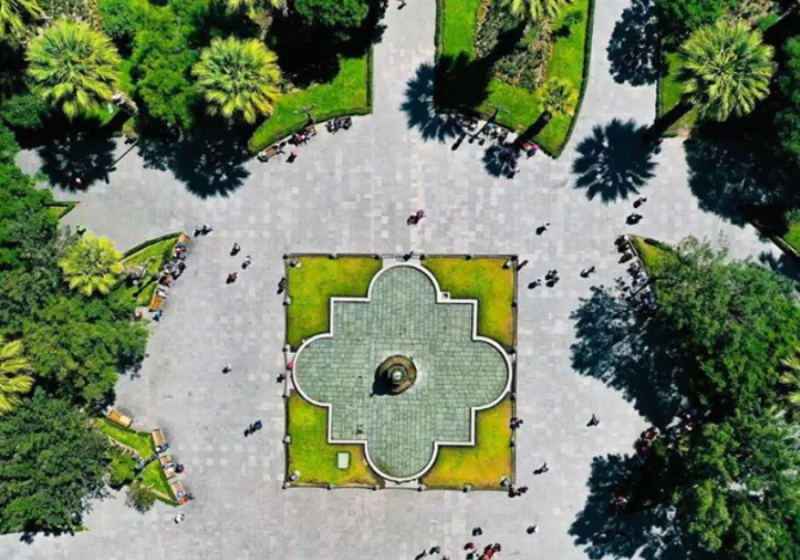 Plaza de Armas de Arequipa
Consider this – as man, we seek to control and contour nature to our ideal shapes. And yet, we have no cares as we traverse our own creations in inefficient and lackadaisical paths. 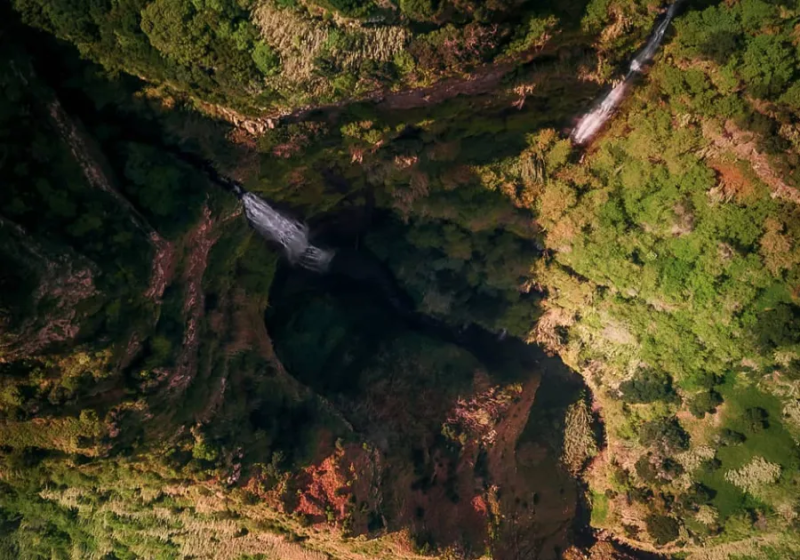 Ilha da Madeira
Funny enough, this drone photo of this Portugal mountain ravine looks like a traditional, colored topographical map. Lower heights, in green, begin at the base of the ravine while yellows, oranges, and reds creep their way up to the highest elevations. 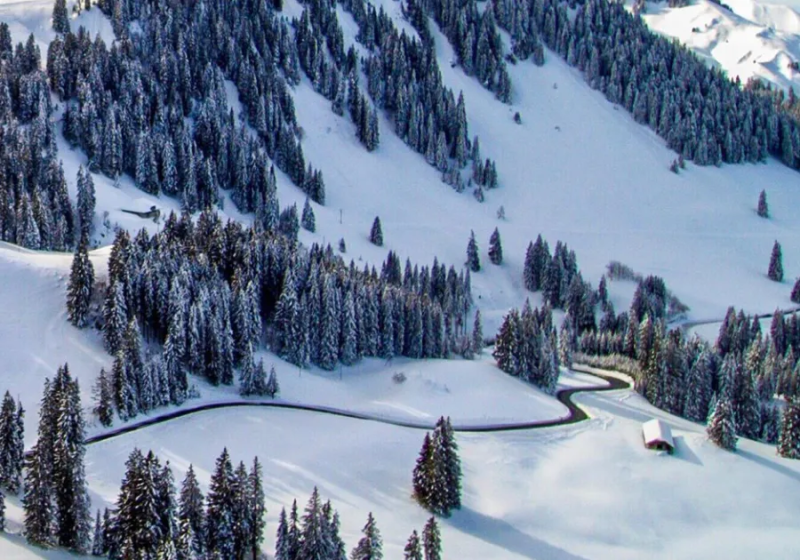 French Alps Wonderland
This winter wonderland (cue the Christmas music) is located at the base of one the mountains that together, belong to the Alps mountain range. The fresh dusting of evergreens make it look like a pleasant morning after a blizzard as pictured on a postcard. 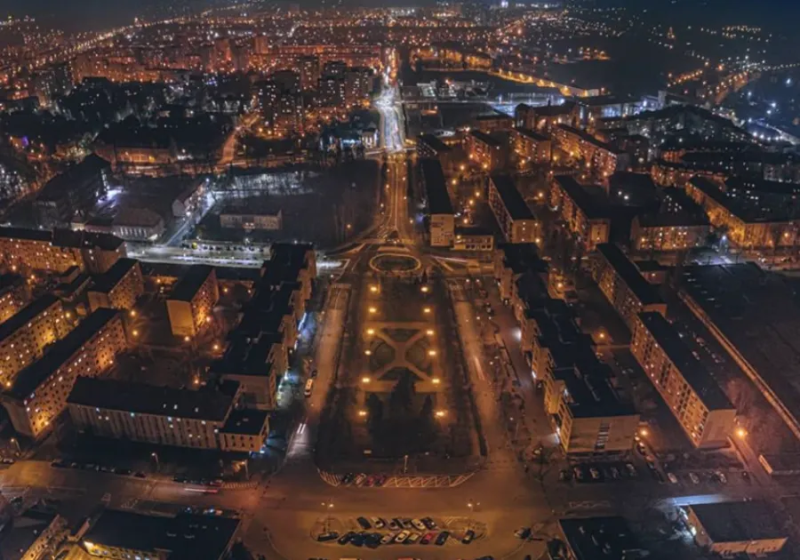 Glogau
Glogau is a pretty little town in Southwestern Poland, one of the oldest of the country. The height of the town may not be particularly high to some of the world’s most renowned cities, but its lights shine through the night… brightly, at that.